Hello dear reader and welcome back to the blog!

The weather is starting to warm up here, and the springtime weather just makes my heart sing! Does that happen to anybody else? What’s your favorite season? I love it because the air is cool and refreshing, the air smells like plants, and the sun is so warm and inviting to sit outside. It’s just absolutely glorious! I’ve been trying to do my Bible reading on the balcony to get some sun as much as possible because we found out we were seriously lacking in Vitamin D! And that, combined with staying home a lot can seriously affect your sleep!

Now onto today’s topic! It’s a very good one actually and there’s a lot to say about it really. It can be so easy when you think of Egypt to just think of Camels and Pyramids and Pharaohs. When Karim and I got married, I used to joke with some friends that we had 2 camels, a commuter camel that got us around in our daily life, and a special date night camel that we used only for special occasions and going out. Some did believe me! I guess a comparison that could be made is, are Americans still riding around like Cowboy movies, or does everyone in England still stop for tea time in the afternoon? And the simple answer is yes and no. There are some cowboys in the US, and some people do stop for tea in England, but not the majority.

The idea is very similar here in Egypt. There are people, many farmers from the south of Egypt, and even in the city that have donkeys, and have a little farm somewhere around, but like many other countries, Egypt has been heavily influenced by Western culture. Actually, there’s almost no culture that Egypt hasn’t had influence from because it was taken over by SO MANY nations. Greek, Roman, Turkish, English, French, just to name a few. All have in some way left their mark or emblem in Egypt.

Egypt has many modern conveniences that don’t always work well like electricity, wifi, etc. But it’s almost always mixed with that typical farmer’s lifestyle. I often joke with Karim that SO many traditions here are just like Bible times! For example, especially when it comes to how important the family is, the family is SO important here. Most families have a day or afternoon in the week that they spend together along with daily, or even every-other-day phone calls. It’s interesting to me how the family almost has the same rank as say a best friend, that’s who they will spend time with or when they want to go do something together, they will ask a sibling, cousin, or parent, and less so a close friend.

There’s a custom related to death that is from the Ancient Egyptians, that is still practiced here today, and even in other parts of the world. For example, wearing black during the funeral, leaving baked goods at the tomb of the deceased, and performing certain rituals and prayers on the 7th, 40th, and 70th day of the death related to releasing the spirit. Wearing black was for superstitious reasons so that the spirit of the person when released would leave the place of death, and not hurt anyone who lived in the house. Most of these things are still practiced and common today.

One tradition that is very old comes specifically for marriage proposals. Did you know that when it comes to proposals for marriage, they call what one might think of as a normal proposal, an American proposal? You know when the man plans something special, and privately proposes? Yeah, they have a name for that. The TRADITIONAL, and the fairly typical way is actually more that the two families will get together and discuss the couple, and the families’ collective assets, and acquiring an apartment or home. It’s very much like a business transaction lol, but that’s the normal way here. Families are much more involved with each other, and bear a greater weight on the choice of the prospective bride/groom.

Another ancient tradition that has to do with marriage is about the oldest being married before the youngest. Remember what Laban said to Jacob? That Leah should be married first because she’s older? This is still WIDELY practiced, even among some of our friends. It’s viewed as not being fair to the oldest.

Another thing that is much like ancient times is that there is a lot of emphases placed on gifts, and gift-giving. Remember how Jacob sent many gifts ahead of him to Esau! Gifts are so important here, but it’s actually a very sweet tradition, I really enjoy it. That’s one thing I’ve adjusted and thought more about, gift-giving, not that I didn’t do it before, but now I’m more aware of it, and look for a reason to get someone a gift without needing a special occasion like a wedding, etc. Especially when a bride and groom are engaged there is A LOT of gift-giving between the families. Parents of the groom, if they can afford it, will also usually bestow a gold set to the bride of earrings and necklace. The parents of the bride will also get something nice for the groom, also maybe jewelry.

Another idea that is very important here as well is hospitality to guests. Egyptians will do absolutely everything for you to leave with a good impression of them and their family. Particularly to visitors, if you are a visitor, you can’t believe how much people will go out of their way to host/cook/ take you around. If you are visiting, it’s a very nice tradition in the culture.

Loyalty is also a very big deal here, even when it comes to small things like if you ALWAYS get your hair done at the same place, or buy your fruit and veggies from the same seller. You can feel that it’s very personal here. If you keep going back to the same person over and over for anything, you can bargain and get better deals.

Another tradition that comes from ancient times is having children. Whereas in some countries, the population is lessening because many couples don’t want children to advance their career, etc. Here they do it all. Most parents really beg/insist on having children and regularly talk about it, and many young couples have children about a year after getting married. This is partially because everyone loves family here, and partially from the religious idea that the world needs to be filled with “children of God”, so if they have more children, there will be more worshippers of God in the world.

Overall, with some modern convenience, there is a strong underlying pull of tradition tied together with the culture, that really is like Ancient times. You will see the combination if you come to visit by the contrast of the west and the east, and you will FEEL it if you live here. That just reminded me, would you like a blog about what I wish I knew before need-greating? Moving to Egypt wasn’t my first time, though nothing could’ve fully prepared me for it. Haha! Please let me know in the comments below! Any topics or ideas are welcome!

Til next time my friends! 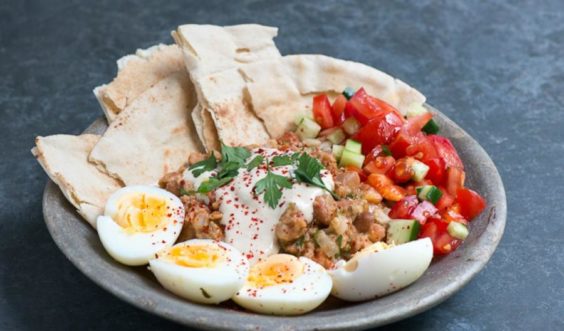 9 thoughts on “Is Egypt STILL The Same As In Ancient Times?”